Friday
After getting to bed early Thursday, we were all awoken during the night by the loudest cackling laugh I had ever heard. I had ear plugs in and it still woke me up. I have no idea what time it was, but according to Jenn, it was after most people had gotten back to their tents. Our neighbors on the other side of us (a little less “Bonnaroovian” than the ones to the right) were apparently pretty pissed about it. Someone must have said something to her though, because I didn’t hear it again the rest of the weekend.

8am came pretty early that morning, and so did the heat. The tent got really hot really quickly. I turned on the fan I’d brought, but it didn’t help much. I went ahead and got up since Jenn was already awake and sitting under the easy-up. We sat there for most of the day since it was so hot under the sun. None of us actually got up and became real people until about 2 in the afternoon.

This was a long day because there were good bands playing from about 3 in the afternoon until Pretty Lights that night at 1:30am. I can’t remember all the details of Friday, but we walked around Centeroo between shows to see what all was around. Lots of food vendors. There was a silent disco, which was weird to see from the outside. Everyone had on huge earphones and were all dancing, but we couldn’t hear the music. It was funny looking.

We also found a weird Christmas-themed bar. It was air conditioned and there were Christmas lights and dancing and even a Santa with dreads. While we were there, some random girl handed me a t-shirt and kept walking. Jenn followed her and got all of us t-shirts without knowing what they meant. She found out the next day when one of us told her. I thought everyone knew what Molly was. I thought wrong. 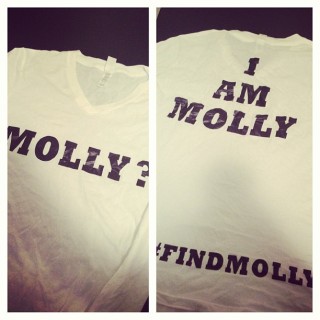 We, of course, saw Paul McCartney and it was ridiculously packed. I’m pretty sure there wasn’t a soul at Bonnaroo that missed this show. We stood in the back and there were still crazy amounts of people standing around but it wasn’t quite as claustrophobic. When Paul came on stage, I remember it feeling really surreal. Even though we were so far back, he was still up there on the stage talking to us! He was the cutest little British man in his white button-down. After a couple of songs, he took off his jacket and said, “Alright, that was the one wardrobe change for the night.” He read signs people in the crowd held up for him. He brought out a guitar that he’d used in the original recording of one of his songs back in the 60’s. He also talked about his friendship with Jimi Hendrix. He even played Eleanor Rigby! So amazing!

We stayed for the whole show but left after the first encore. I still hadn’t heard Band on the Run, but it was time for ZZ Top, so we decided to head over there before that huge crowd started walking over. And I was also ready to sit down. However, we waited for 30 minutes for ZZ Top to come on. Rachel and I were so good and pissed off by the time they actually did decide to come on that we couldn’t even enjoy the show. We found out later that they were waiting for Paul McCartney to finish. He did three encores. I simultaneously felt guilty at being mad at ZZ Top and pissed off for missing three encores. He probably sang the song I wanted to hear. UGH.

Bonnaroo Life Lesson #3: Stay for the encore(s) when Paul McCartney is playing.

Jenn came to find us at ZZ Top to drop off Meagan so Jenn could go to bed. She’d never heard of Pretty Lights before and kept telling people we were going to see the “light show” and “Happy Lights,” so we didn’t try to keep her up for that one.

Shortly after we got to the Pretty Lights stage, the second person collapsed, and I’m about 98% sure this one was drug induced. He had to be escorted out by his friends because there was no way a medic was going to get through the crowd of people packed into that place but the crowd parted for them, which was nice.

Meagan and I found out pretty quickly that it was hard to fully appreciate the show completely sober. Don’t get me wrong, it was amazing, but I can only imagine what it would’ve been like to watch it in an altered state of mind. I was slightly jealous of everyone who was. Meagan and I pushed our way back through the throngs of people and went to bed about an hour after the show started. Rachel stayed and told me later that they played until the sun came up. She slept in the next morning.